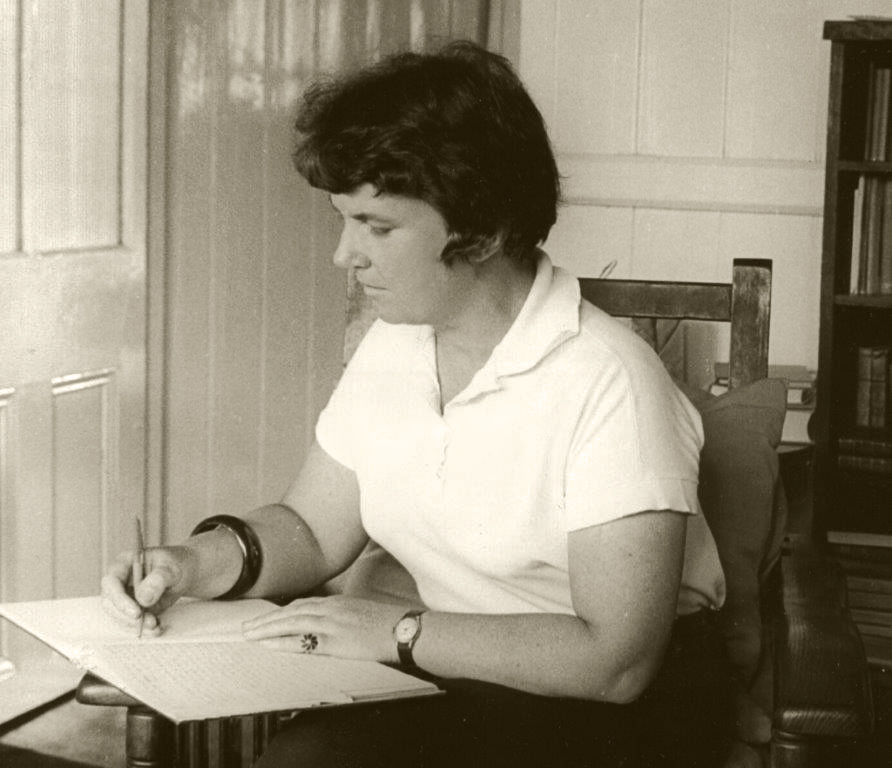 Our winner was Tim Ellis, and his stunning novel, Harklights, was sold at auction to Usborne Children’s Books and will be published in 2020. Of our shortlisted authors, two others have recently announced publishing deals, and every author on the shortlist is represented by a literary agent, so we expect more good news to come.

We’re so pleased with the success of the prize that we are running it again in 2019.

Joan Aiken was the prizewinning writer of over a hundred books for young readers and adults and is recognized as one of the classic authors of the twentieth century. Her best-known series was ‘The Wolves Chronicles’, of which the first book The Wolves of Willoughby Chase was awarded the Lewis Carroll prize. On its publication TIME magazine called it: ‘One genuine small masterpiece.’  Both that and Black Hearts in Battersea have been made into films. Joan’s books are internationally acclaimed and she received the Edgar Allan Poe Award in the United States as well as the Guardian Award for Fiction in the UK for The Whispering Mountain. Joan Aiken was decorated with an MBE for her services to children’s books.

Joan Aiken took her craft very seriously – this may be why her books have become classics. She wrote:

‘Really good writing for children should come out with the force of Niagara… children’s books need to have everything that is in adult writing but squeezed into smaller compass. Furthermore, as children read their books over and over, a book needs to have something new to offer each time. Richness of language, symbolism, or character may be appreciated for the first time at later readings, while the excitement of the story will only disguise failings at the first.’

The Prize will be judged by Julia Churchill, children’s book agent at A.M. Heath, and Lizza Aiken, daughter of Joan Aiken and curator of her Estate.

Julia Churchill writes: If I think of my childhood reading, it’s the classic 8+ novels that filled so much of my imaginative landscape. The Wolves of Willoughby Chase, Charlotte’s Web, The Borrowers, Goodnight Mr Tom, The Witches. With these novels my reading took a jump. The scope of the stories was wider, deeper, darker than I’d read before.

We are looking for a standout junior novel. It could be contemporary or fantastical, it could have the makings of a series, or be one crystalline stand-alone. We know we’re setting the bar high. We hope to find a book that will be in print in fifty years, as Joan achieved with the Wolves series – and many more of her books.

Lizza Aiken writes: Books have completely shaped my life.  I agree with Joan Aiken that ‘A book isn’t only a thing in your hand – it’s a thing in your mind as well. Once you have read it, if you enjoyed it and remember it afterwards, it is like a sort of invisible treasure-box that you can carry about with you and unpack whenever you want to.’

Joan Aiken’s own children’s books are bursting with treasures. In her introduction to the Folio edition of The Wolves of Willoughby Chase, Katherine Rundell summed up the vital ingredients as ‘love, and peril and food’ which she said ‘Aiken writes with an insight and grace that has rarely been rivalled.’

Then, as Joan Aiken would say, ‘it is like nest-building, all kinds of stray ingredients play their part; you throw in all the brightest and boldest ideas you can lay your hands on – the unconscious mind and serendipity play their part – not to mention a good sprinkling of  nonsense.’ But writing them is hard work, for as she said, children deserve the best.

The winner will receive £1,000 and a full set of ‘The Wolves Chronicles’.

All shortlisted writers will have the chance to meet with Julia Churchill to discuss their work.

The Joan Aiken Future Classics Prize is open to un-agented children’s book writers resident in the UK or Ireland.

To get a good sense of the voice, concept and where the character is headed, we’d like to see the first 10,000 words PLUS a short description of the book (a few lines) AND a one page outline that shows the spine of the story. Please send this as a Word doc attachment to futureclassics@amheath.com

Entrants will receive an acknowledgement of receipt, but only shortlisted candidates will be contacted.

A.M. Heath is running the prize in order to support new writing talent, and to find a writing star. We will offer representation if we find an author, or authors, whose writing we love.

Do follow @juliachurchill and @lizzaaiken on twitter for updates. And if you have any questions about submitting, or the prize generally, please send them to futureclassics@amheath.com.